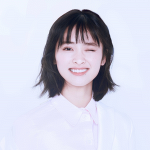 About
I founded this wiki on October 6, 2012. Back then I was creating wikis left and right. I was quite surprised that no one had started one for this series yet. I didn't actually start contributing consistently until August 2015. Since then I've taken a few breaks from the wiki, but I always come back cause I love this series.

I discovered Hana Yori Dango around 2007 when I watched the anime for the first time. The anime naturally lead me to the Japanese drama, which I completely fell in love with. Later, I began reading the manga and watched the first sixteen episodes of the Korean drama (though I can't remember why I stopped). I didn't finish the manga until I found the volumes at my local library (around 2012?). A few years later, I re-read the manga and remembered the wiki I founded. A musical version of Hanadan was just being released and I started contributing like crazy. I then gradually collected all of the volumes of the manga.

In 2017, I finally watched Meteor Garden (2001) after a long break from the wiki. It rekindled my passion for the wiki. Then 2018 happened which was such a good year for Hanadan! I absolutely loved the Hana Nochi Hare drama and the Meteor Garden remake. I'm always happy about new adaptations of the manga, because I honestly never get tired of this story! Now in 2020, I'm looking forward to the Thai version and cannot wait! I'm also hoping for a second season of Hanahare.

Retrieved from "https://boysoverflowers.fandom.com/wiki/User:Samanthafan09?oldid=38525"
Community content is available under CC-BY-SA unless otherwise noted.