Boys Over Flowers Wiki
Register
Don't have an account?
Sign In
Advertisement
in: A to Z, Music, Singles,
and 2 more

"Qing Fei De Yi" (Chinese: 情非得已; pinyin: Qíng Fēi Dě Yǐ)[1] is a song performed by Harlem Yu. It was released on his twelfth studio album, Tidal Wave. The song was the opening theme of the Taiwanese drama, Meteor Garden (2001) and was included in the soundtrack. It was also used in the 2018 remake.

The song was composed by Tang Xiao Kang (汤小康), who moved to Taipei in 1999 to pursue his musical dreams. His career took off when Harlem Yu chose to record "Qing Fei De Yi" in 2001. The song was used as the theme song for the hit Taiwanese drama, Meteor Garden.[2] Yu had a cameo in the final episode of Meteor Garden, in which he played a street musician performing the song.

In 2018, lyrical and instrumental versions of the song were used in the remake of Meteor Garden.[3] Blake Abbie, who portrayed Thomas, sung it in an episode. Yu later had a cameo, once again playing the song, in the series finale alongside the main characters and producer Angie Chai. 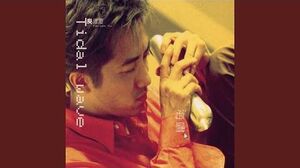