Boys Over Flowers Wiki
Register
Don't have an account?
Sign In
Advertisement
in: A to Z, Media, Television dramas, Meteor Garden

Characters from Boys Over Flowers by Yoko Kamio

Meteor Garden II (Chinese: 流星花園II; pinyin: Liúxīng Huāyuán II) is a sequel to the hit Taiwanese drama, Meteor Garden. Unlike the first series, the sequel is an original story and is not based on the manga, Boys Over Flowers by Yoko Kamio. It was produced by Angie Chai.[1] The series aired on CTS in 2002[2] for thirty-one episodes.[3]

Tragedy strikes Dong Shan Cai (Hsu) and Dao Ming Si (Yan) while on vacation in Spain. He develops amnesia, causing him to forget Shan Cai. In her absence, Si grows close to Ye Sha (Saram) who eventually brings him back to Taiwan.

Meteor Garden II was produced by Angie Chai, the original producer behind Meteor Garden (2001). The sequel is not adapted from the manga and is an original story created by Chai and the screenwriters.[8] The principal actors of the previous series returned to star.[9] Singaporean actress Michelle Saram joined the main cast as a rival to Barbie Hsu's character.[10] Award-winning director Hou Hsiao-hsien was initially attached to direct.[11] Production experienced several delays early on due to changing directors and the hectic schedule of F4. As a result, only twelve episodes were filmed after a little over three months of shooting.[12]

Shooting for Meteor Garden II initially commenced in April 2002.[12] In early July, the cast and crew completed filming in Spain after three weeks. The production had spent a staggering ten million New Taiwan dollars in Spain.[13] Filming was suspended again in September 2002, when Barbie Hsu's and several others contracts expired.[14] The delays caused the premiere date to be pushed from the summer to October and then still further.[15] After the premiere in November, Chai prepared two separate endings due to the negative reaction from the audience.[16]

In Taiwan, Meteor Garden II was released in the VCD format. It was made available in four sets with around eight episodes each or a one set containing all thirty-one episodes.[21] The series has also been released in various home media formats in other countries.

"Jue Bu Neng Shi Qu Ni" ("Can't Lose You"), performed by F4, served as the series opening theme. It was met with a warm response by viewers, who compared it to "Liu Xing Yu".[22] F4's "Yan Huo De Ji Jie" ("Season of Fireworks") was the ending theme. Both songs were included on the soundtrack released on December 18, 2002.[23]

Meteor Garden II was met with a negative response from fans, who thought it was "bad" compared to the original manga.[24] Michelle Saram's character Ye Sha was a particular bone of contention among the audience.[25]

The drama had significantly lower ratings than those of Meteor Garden. Over a week into its initial run, the series was averaging 3% to 3.5%.[26] 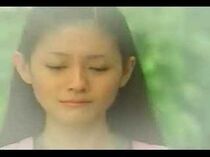