Boys Over Flowers Wiki
Register
Don't have an account?
Sign In
Advertisement
in: A to Z, Music, Singles, Hana Yori Dango

"Flavor Of Life" (, "Flavor Of Life") is a single by Japanese artist, Utada Hikaru. Two different versions of the song were recorded and released as a single on February 28, 2007 under EMI Music Japan. The "ballad version" was used as the insert song for Hana Yori Dango Returns. It was a hit in Japan, topping the Oricon charts and selling over 600,000 copies.

"Flavor of Life" was released as a single on February 28, 2007. The regular and ballad of the title song were included on it, while a second remix, called "Antidote Mix," was a CD only bonus track.[1] The song was requested by the staff of Hana Yori Dango Returns who wanted something similar to Utada's "First Love" to express the heroine's "wavering feelings." "Flavor of Life" was her first single used for a drama since 2002's "Sakura Drops" for TBS's First Love.[2] The single was later included on Utada's album Heart Station (2008),[3] and the compilation album Utada Hikaru Single Collection Vol. 2 (2010).[4]

The song was a huge success, reaching #1 on the Oricon charts and selling over 651,000 copies.[5] It was also downloaded over three million times.[6] The single was on Japan Gold Disc Award's list of the Best 10 Singles of 2008, along with "Love So Sweet" by Arashi.[7] 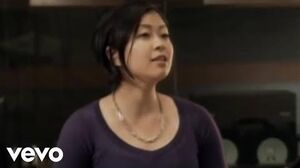