Boys Over Flowers Wiki
Register
Don't have an account?
Sign In
Advertisement
in: A to Z, Media, Television dramas, F4 Thailand

F4 Thailand: Boys Over Flowers (Thai: F4 Thailand : หัวใจรักสี่ดวงดาว BOYS OVER FLOWERS ) is an upcoming Thai drama based on the Japanese manga, Boys Over Flowers by Yoko Kamio. The series is a co-production between GMMTV and Parbee Taweesuk with Patha Thongpan directing.[3] It will premiere on December 18, 2021 on GMM 25.[4]

Producer Sataporn Panichraksapong and director Patha Thongpan have commented on adapting the manga for a modern Thai society. Thongpan also spoke about focusing on social issues, such as bullying, and taking a more serious take on them than previous versions. F4 Thailand will focus on heroine Gorya (Tu) and her interactions with the F4: Thyme (Bright), Ren (Dew), Kavin (Win), and MJ (Nani).[7]

On October 15, 2019, GMMTV announced at their "2020 New & Next" conference that they obtained the license for Boys Over Flowers.[17] A casting call for the F4 was made on social media in March 2020. Applicants were required to be between the ages of 17 and 23, and over 180 centimeters in height.[18] On September 16, 2020, it was revealed that Tontawan Tantivejakul was cast as the female lead with Vachirawit Chivaaree, Metawin Opas-iamkajorn, Jirawat Sutivanichsak, and Hirunkit Changkham playing the F4.[19] F4 Thailand is a co-production between GMMTV and Parbdee Taweesuk with Patha Thongpan directing.[3]

A demo trailer was shot in November 2020.[20][21] On December 6, a special ceremony was held to wish the production good luck. It was attended by some of the cast and staff.[22] Filming began in early 2021.[23] The production had to take several breaks throughout the year due to COVID-19 pandemic in Thailand.[24][25]

Promotional photos and a teaser were released along with the announcement of the main cast in September 2020.[6] In October 2020, Tantivejakul, Sutivanichsak, and Changkham made their first public appearances at Lazada Women's Festival.[29][30] The four male stars appeared together at Lazada's SuperShow in November 2020.[31] On December 3, 2020, the first trailer for F4 Thailand was released at GMMTV's "The New Decade Begins" conference.[32][10] The following day, the series' stars walked the runway at Millennials Choice 2020.[33]

In March 2021, the actors playing the F4 starred in a commercial for Dutch Mill.[34] They also performed at the Dutch Mill Prom Party.[35][36] The four appeared in a second Dutch Mill commercial in July.[37] Opas-iamkajorn hosted the May 16 episode of GMMTV's web series Live at Lunch.[38] Sutivanichsak and Changkham hosted the May 19 episode together[39] and were joined by Chivaaree and Opas-iamkajorn near the end.[40] The four actors hosted it together on June 14.[41]

On November 11, the cast of F4 Thailand appeared together at Lazada's SuperShow.[42] On December 2, a promotional photo and teaser announcing the release of the final trailer was published.[43][44] The following day, the official trailer, bearing the December 18 premiere date, was released,[4] along with promotional photos of the main and supporting cast.[45] The first episode will have a special premiere at SF World Cinema on December 18.[46]

The actors playing the F4 were interviewed for the premiere issue of Mint on September 17, 2020.[47] In December, Chivaaree and Opas-iamkajorn collaborated with Mint for "BrightWin x MintEscape,"[48] while Tantivejakul and Changkham appeared in the "Mint Toy" section.[49] Tantivejakul was featured in Mint with her brother Tonhon in June 2021.[50] Sutivanichsak was also interviewed in the same issue.[51] To celebrate Mint's first anniversary, the main cast of F4 Thailand were interviewed and featured on the cover of the October issue.[52]

In January 2021, Chivaaree and Opas-iamkajorn were featured in Kazz Magazine.[53] Sutivanichsak made the cover of Lips Garcon the following month.[54] Harper's Bazaar Men featured Chivaaree and Opas-iamkajorn in a surprise issue released in March.[55] Tantivejakul was interviewed for the October issue of L'Officiel Thailand.[56] In November, the F4 actors were on the cover of a special issue of Sudsapda.[57] The cast of F4 Thailand were interviewed on the late night show, Talk with Toey, on November 27.[58] 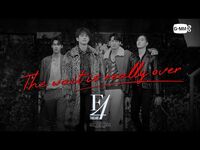 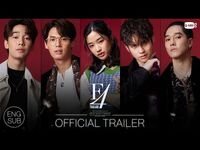