Boys Over Flowers Wiki
Register
Don't have an account?
Sign In
Advertisement
in: A to Z, Anime

Boys Over Flowers is an anime series based on the manga of the same name by Yoko Kamio. Several toys were designed by Bandai for the anime and appear within in the show as cross promotion. Banpresto also released plush toys modeled after the characters, while Carddass and Lami published two series of cards. Shueisha published a guide book dedicated to the anime in 1997.

Bandai partnered with the Boys Over Flowers anime to release several toys throughout 1996. Many of the toys appeared in the anime, notably the "Inspee" and "Voicel". Some are also featured in the "Goods Catalog" of the Anime Album book.

Banpresto, a Bandai subsidiary, released six plush dolls (also known as UFO catchers) in 1997.[11] The dolls are modeled after six characters from the series. 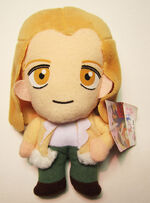 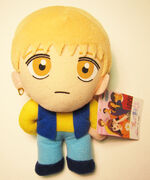 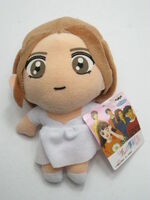 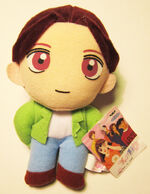 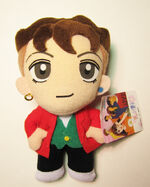 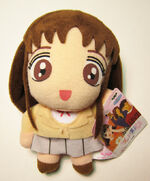 Lami released two sets of cards based off Hana Yori Dango. The first set had three cards, while the second had five.[16]